CatalinCornea.ro: Americans love for Ukraine stopped in the Republic of Moldova. Bessarabia, the land of geopolitical fight between Americans and Russ

For a while, Ukraine was US favourite in Eastern Europe in their attempt to limit the Russian sphere of influence. The Orange Revolution did not bring Ukraine in that stage so that it’s Euro—Atlantic evolution is irreversible. Moreover, the Gazprom army of Putin and Medvedev obtained, for a lower price of gas, the capitulation of Ukraine in front of Russia and the extention of the presence of the Russian fleet in Crimeea until 2042. Thus, any integration of Ukraine in NATO or EU in the next 31 years seems not reasonable. The Westernisation of Ukraine remains from now on a nice, polite, diplomatic and convenient speech…

In those conditions, a smaller country, unsignificant for Americans until recently, had to take the place of Ukraine in the American-Russian geo-political game: the Republic of Moldova. This reorientation of Americans coincided with the international efforts Romania did for raising the awareness about the need to bring the Republic of Moldova inside the European Union and thus, solve the Transnistrian conflict.

Besides the internal political problems in Bessarabia (an important part of the sovietised population votes for communits), the frozen conflict from the thiny region of Transnistria stops the Republic of Moldova from its European integration.

The negotiotiations on the conflict should be managed in the 5+2 format that suppose the negotiations of the two parts in the conflict: Chişinăul and Tiraspol, three mediators: Russia, Ukraine, OSCE and two observators: USA and EU.

The fact that many European leaders have asked Russia for the withdowal of its troops from Transnistria and the replay of the negotiations, while the American vice-president Joe Biden told Friday in Chişinău that in his discussions in Moscow he raised the Transnistrian problem may seem encouraging. Biden also said that “America supports a settlement but not any settlement, a settlement that preserves Moldova’s sovereignty and Moldova’s territorial integrity. Transnistria lies within Moldova and the people of Moldova deserve an end to this dispute that has divided this country for far too long”.

This American and European message comes to give hope for the Government in Chişinău to continue its democratic reforms and raise the living conditions on the right bank of the Nistru river, fact that could be a good incentive and support for the reintegration of the Republic of Moldova.

In October 2009, during his visit in Bucharest, the American vice-president was even more explicit. He argued that the claim of Russia to have its sphere of influence is a preconception from XIXth century. Joe Biden has encouraged the Central Europe states to help the ex-soviet republics to demolish the authoritarian regimes and free themselves from the Moscow influence.

Few months ago, George Friedman, the director of Stratfor Agency considered that it is hard to believe that Russia will leave from Nistru River.

Moldova’s separatist region of Transnistria is in Russian control (military, economic and politic). Russians could agree to renounce of Transnistria only if there will be a federalization of Moldova with Chișinău and Tiraspol equal subjects and with a government in Chișinău that will actually be a puppet of Moscow. Such a solution is unacceptable for the Republic of Moldova for the EU and for Americans.

So, if the west wants Russia to take back its troops from Nistru what is the exchange?

Making of Romania: the Medieval States

The map of Romania in 1601, the first unification under Mihai Viteazu

All of what is now Romania was made up of small states, each one with its own story. Walachia, Moldavia, Transylvania and Dobrogea are the historical regions of Romania that give the country its cultural and historical richness. Let’s go over a few things you should know about each of them.

Romania was divided into four historical and cultural provinces: Transylvania in the north-west and center, Moldavia in the east, Walachia (Oltenia and Muntenia) and Dobrogea in the south-east.

The foundation of Moldavia dates from the first half of the 14th century. The legend goes that Dragos, a Romanian nobleman, crossed into Moldavia from Maramures while hunting an aurochs and imposed his rule there. The arrival of Dragos in Moldavia is known in Romanian historiography as the descalecat (dismounting). Some years later, Bogdan Ist came from Maramures, an event known as the second dismounting of Moldavia.

The Romanian folklore mentions Negru-Voda as the founder of Walachia but beyond the legend there is a historical reality: the medieval state Walachia (Muntenia) was founded by Basarab I after the battle of Posada, in 1330.

Transylvania belonged, under a special status, to the Hungarian Crown until Hungary disappeared as a state in 1541.

The formation of Romanian medieval states ends with the creation of Dobrogea. The first record of an independent political region of Dobrogea is dated 1325. In this period, Balica, a Bulgarian noble, declares its independence, forming the Principality of Cavarna. The principality was in a constant struggle with the Bulgarians, Byzantines, Turks and Tartars and survived only until 1388 when the south was conquered by the Turks and the north came under the control of the Romanian Country (Tara Romaneasca).

The rulers of medieval times can be considered the most representative for the Romanian people. Most legendary among these rulers were Mircea cel Batran, Vlad Tepes, Iancu de Hunedoara, Stefan cel Mare and Mihai Viteazu. 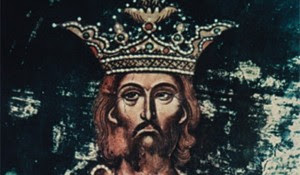 Mircea cel Batran (Mircea the Elder) was one of the most important rulers of the Romanian Country (Tara Romaneasca). He got the byname “Elder” after his death in order to distinguish him from his successors. Mircea strengthened the power of the state, promoted economic development and minted silver money that enjoyed a wide circulation. He was the wallachian ruler who succeeded the first victory against the Ottoman Empire at Rovine in 1395. He participated in the European crusades against Turks and was on the battlefield of Nicopolis when the Europeans were shamefully defeated. Vlad Tepes (Vlad the Impaler) ruled Walachia under three reigns: in 1448, from 1456 to 1462, and again in 1476. His name derives from the cruelest torture he inflicted on victims: death by impalement. The list of his tortures also included: cutting off limbs, blinding, strangulation, burning. Despite his sadism, he is remembered for making justice and for the firm defense against the ottomans, which he successfully held at bay for some time. (Rumors of cannibalism led to Tepes’ inclusion in the Dracula myth of Bram Stoker’s novel.) 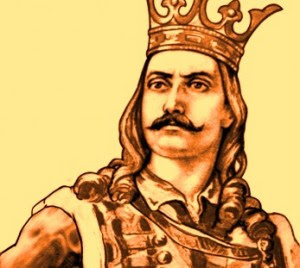 Throughout his long reign (1457-1504) Stefan cel Mare (Stephen the Great), managed to restore the central authority and imposed Moldavia among the major states of Europe engaged in fighting the Turks. He preserved his state from Hungarian and Polish attempts to conquer it. He earned his surname “Great” for his several successful military campaigns against the Turks. His most famous battles took place at Vaslui and Razboieni. Both were successes for the Moldavian ruler. (In 2006, 40,000 people voted him the greatest Romanian of all times in a poll organized by a Romanian TV channel.) Mihai Viteazu (Michael the Brave) is regarded as one of Romania’s greatest national heroes. He is famous for uniting the three Romanian principalities (Walachia, Transylvania and Moldavia) which were ruled for the first time by a single Romanian leader. Unfortunately, the union lasted for less than six months. Michael the Brave was executed by a general of the Habsburg army, near Campia Turzii on August 9, 1601. The most important battles of his reign took place at Calugareni, Giurgiu and Selimbar. (The Order of Michael the Brave, Romania’s highest military decoration, was named after the medieval ruler.)

In the Middle Ages the main social classes were the boyars, the peasants and the townspeople (free-man, artisans, merchants). Boyars were obliged to follow the ruler in military campaigns and assist him in the administration of justice. They enjoyed tax exemptions. The land was worked by free peasants devoid of any property, but mostly by the dependent peasants who were called rumani in Romanian Country, vecini in Moldavia and serbi in Transylvania. Townspeople, who were not very rich in Moldavia and Romanian Country, were more prosperous in Transylvania.

In rural areas, the main types of dwelling were the hut and the simple house with two rooms. The urban settlements in Moldavia and Romanian Country were made from stone and brick. In Transylvania, the rural and urban structures were more similar to those of Central and Western Europe.

Romania is renowned for the painted monasteries and churches. Many of these are from Middle Ages. Below are some of the most important monasteries built in that period of time.

Cozia Monastery is known as the oldest and most complex historical and art monuments from Romania. It is one of the most important foundations of the ruler Mircea cel Batran who is buried there.

Mihai Voda Monastery is one of the oldest buildings in Bucharest, preserved until today, founded by Michael the Brave. The monastery complex has undergone several transformations over time, performing various functions such as: royal residence, military hospital, medical school, state archives.